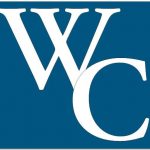 Overall savings from the conservation program were significantly greater than savings from electricity being generated by the school’s new (2009) 44 kW, $300,000 solar array.

This underscores the significance of energy conservation and efficiency as a foundation for schools looking to become more sustainable.

PES engaged in an initial two-year agreement with The Westtown School in 2008 to provide the following services:

The school has continued to retain Practical Energy’s services each year since the initial contract expired. The outcomes of our partnership with The Westtown School are as follows:

In addition, starting in 2014, Practical Energy started on development of an energy master plan for the campus, which included assessing the viability of getting to zero carbon emissions by 2040. During that assessment, it was determined that a building by building disconnection from the central steam plant was a critical element of the plan. Practical Energy supported development of an accelerated plan through an energy performance contract, which identified over $1 million in upgrades that could be financed through the energy savings. We also identified a grant opportunity with the Commonwealth of PA, and supported the school’s successful application for a $500,000 PEDA grant to help fund the project. Practical Energy developed an RFP, and solicited proposals from 4 performance contractors (ESCOs). A contract was signed with Honeywell in April 2016 to begin implementation of the project, and Practical Energy will be providing support services during the project implementation.